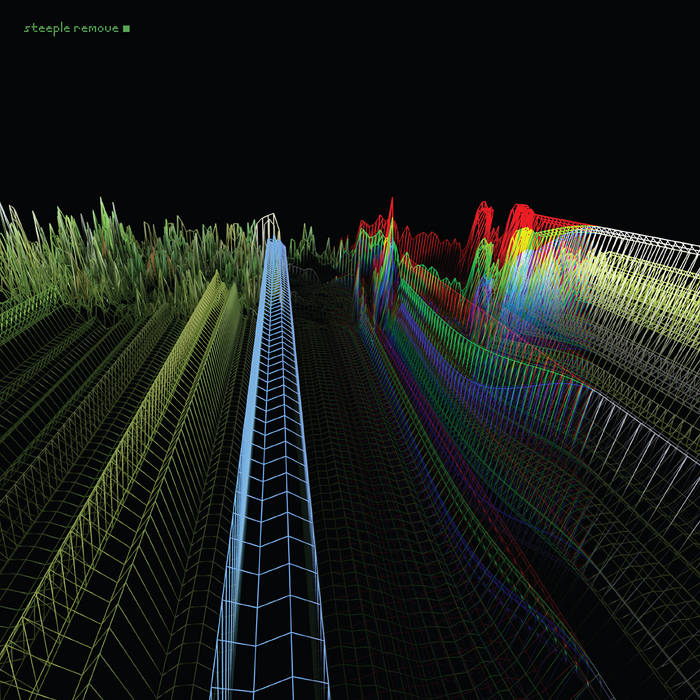 On ‘Vonal-Axis’, their fifth album in a career spanning two decades, Steeple Remove have signed to Fuzz Club and carved out an album that warps their Moog-devotion into a whole new beast. One that journeys from shoegaze-drones that weigh heavy on your chest (“Oval Strii”, “Monochrome Continuum”), to kosmische psychedelic pop (“Waters”) and dub-inflected post-punk (“Ferris Noir”) that falls somewhere between Metal Box-era PiL and the shimmering, textural guitars of The Durutti Column. Vonal-Axis, due for release November 16th, is the bands finest work yet - their latest in a very lengthy career that’s seen them remain a mysterious presence on the fringes of the experimental French underground since forming the project back in 1997.

Emerging out of Rouen, a small city in the Normandy region of France, the four-piece arrived with their now impossible-to-find debut album, The Importance Of Being Steeple Remove (1998) - released on the cult label Sordide Sentimental who put out earlier works from the likes of Joy Division, Throbbing Gristle and Psychic TV. After that they all but disappeared, not returning until eight years later with Radio Silence (2006) and Electric Suite (2008), both marking a departure from their early experimental electronica into a wider pool of kraut, psychedelic rock and atmospheric pop. Save for the odd single and live show, it took another six years to hear a full record from the band – that being the 2014 LP Position Normal which left them to pick up glowing, long-overdue praise across Europe. Choosing not to leave it quite so long this time, enter Vonal-Axis: a nine-track LP that sees them attempt to hone in on their near quarter-century of experimentation to produce a collection of tracks that are sometimes poppy, sometimes heavy, but always exploratory.

The album was recorded by the band themselves on an old 8-track recorder, taking half-written songs into the studio and then improvising on top of them to maintain the energy the songs had when played live. Lending his production prowess on the mixing duties was Demian Castellanos, the mastermind behind The Oscillation, whom Steeple Remove became good friends with after both bands played together several years ago. Among the long list of other bands Steeple Remove have shared the stage with is krautrock leviathans Faust and Damo Suzuki, London punk-rockers Wire and D.C. stoner rock troupe Dead Meadow - offering a pretty clear insight into the many sonic worlds Steeple Remove have journeyed into and found a home through the years.