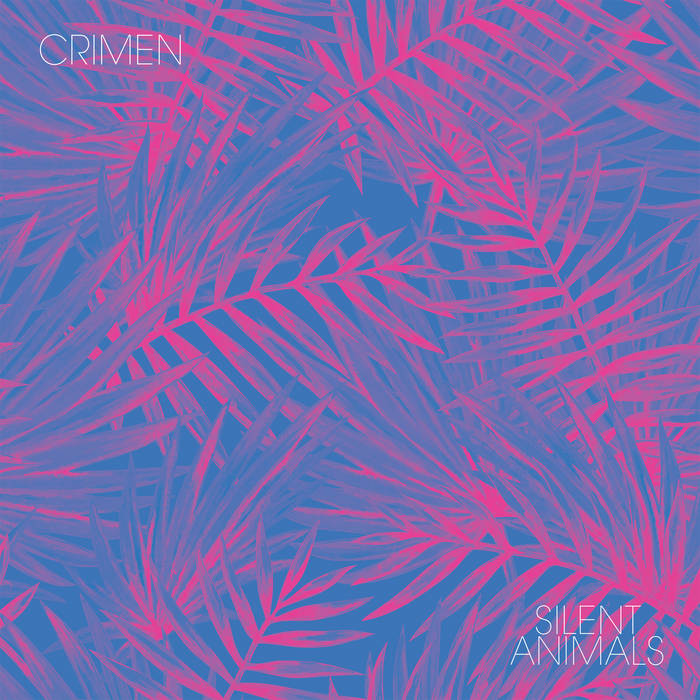 Silent Animals may be the debut album from Italian trio Crimen, but it arrives over a decade into their career. Simone Greco (bass, voice, sound engineering) and Patrizio Strippoli (guitars, voice) formed the band in the Centocelle district of Rome in 2007, before recruiting Giuseppe Trezza (drums and electronics) six years later. After a string of successful EPs and two years hibernating to record the opus, the band feel now is the time to release a full length.

A heady cocktail of krautrock, psychedelia, noise rock and post-punk, Silent Animals will be released on Fuzz Club on June 29th and it takes us on a whistle-stop tour of Europe’s musical history with a newfound stomp and malignancy. Conceived in their own DIY studio in Rome, the Flamingo Recording Studio, the band have self-produced and engineered their debut in a state of total creative independence. The group says of their long-awaited debut: "Silent Animals talks about emotive fragility and wasted loves. It sounds nocturnal and psychotic, though essentially it's a work about love and the exorcism of fear and anxiety". An exorcism it certainly is, full of gnostic grooves and cathartic releases. The most forthright example of this is the first single from the album, ‘Six Weeks’, which the band are sharing now. It’s hard rocker cloaked in reverb, feedback and throbbing electronics - sounding downright satanic as Simone bellows “six-six-six” as the song constantly veers on the verge of sub-atomic explosion.

Silent Animals nearly didn’t make it into the world; during the concluding stages of its recording, at the height of the Roman Summer, the MacBook that had aided the recording started to melt and could only be salvaged by putting a fan in front of it when recording. Album-opener ‘Above the Trees (Rocket)’ is a sun-withered banger, almost on the verge of melting itself as it meticulously stomps through the cosmos, whilst the huge guitar tones of tilted ‘Batida’ crackle and fizz like a psychedelic thunderstorm.

Whilst much of Silent Animals is a crackling psychedelic experience, that the band would call ‘kraut-punk’ if you pushed them for a genre-term, the range of expressions on this album are as expansive as the band’s sound itself. ‘Left Behind’ is a wilting psychotropic power ballad, like The Brian Jonestown Massacre meeting Fleetwood Mac in a Wild West Saloon, whilst ‘From My Bed’ is a “warm teardrop” of a song and ‘Flahzz’ is a scorched piece of Ariel Pink-esque hypnagogic pop forced through Crimen’s krautrock filter.