by You Said Strange 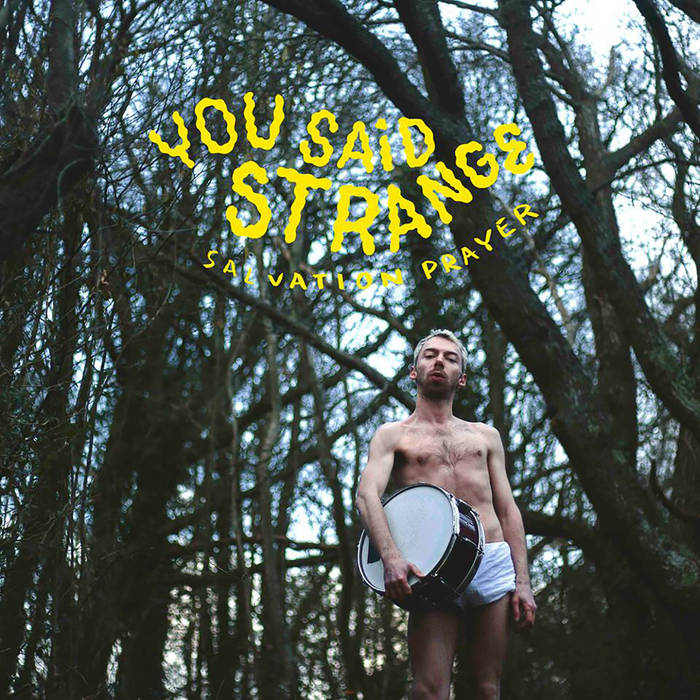 You Said Strange come from the north-western region of Normandy in France, although if it was up to them they’d come from the States, somewhere between Texas and Cali. They’ve been growing their own Norman-spiced definition of psychedelia for a few years now, making their way on a historically busy road. Having just signed to Fuzz Club, You Said Strange are gearing up for the release of their debut full length, 'Salvation Prayer', out June 8th.

When they’re not busy organising the annual Rock In The Barn festival, which hosts a broad range of acts from the international alternative scene, the four members of the band work on their sound that was born on the school benches. What followed was the inevitable: rehearsals, gigs, festivals, tours, Bandcamp sales and, eventually, record pressings. All the people from the scene that they met on their way, from Poland to the Lisbon Psych Fest, through North London clubs and mythic Paris venues, seems to have had a major impact on the building of the band.

That’s how, after a first EP recorded with Black Market Karma in London, they ended up supporting The Dandy Warhols on their French 2015 tour. A strong friendship was born out of this tour which led them to fly over to Portland, USA, to record the band’s first album with the Dandys' guitar player Peter G Holmström - something he had never done for anybody else but the Dandys.

This first full-length is a concoction of heady riffs, haunting melodies and bright rhythms, half-way between 90s shoegaze and 60s psychedelia. The album touches on the theme of belief, the kind that affects even the most Cartesian spirit; may it be superficial, spiritual, superstitious, religious or moral. This very-human interpretation of reality is meant to help those who seek to free themselves, dream or flee, and that’s what the band is all about.