by Flying Moon In Space 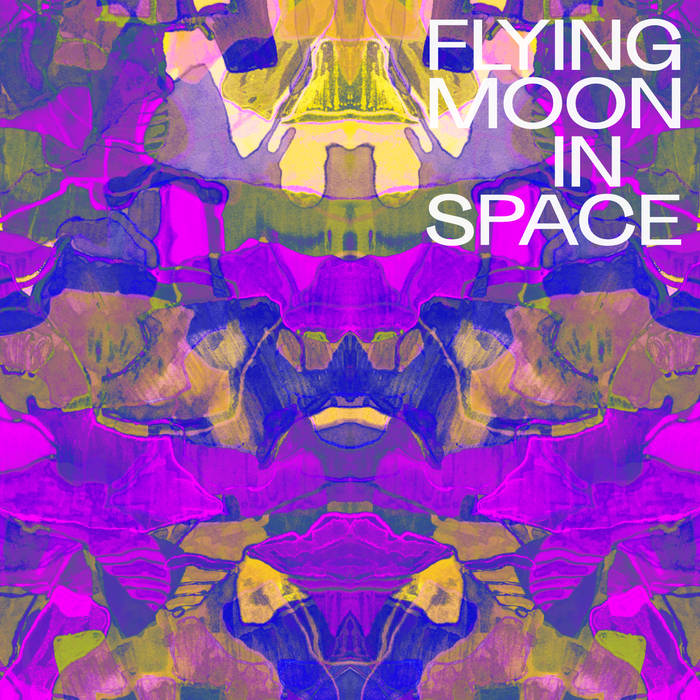 Flying Moon In Space are a seven-piece band from Leipzig, Germany borne out of live improvisations which are known to last hours at a time. Having clocked-up nearly fifty shows in their home-city alone, as well as support slots with The Holydrug Couple, Elephant Stone and The Sweet Release of Death and a couple of headline tours around Europe, the group have now signed to London-based label Fuzz Club for their self-titled debut LP. A shape-shifting blend of driving Krautrock aesthetics, vivid psychedelic pop and techno-indebted electronics, Flying Moon In Space’s ambitious first full-length is due for release December 4th 2020.

Although they cite influences that span the likes of Can, Neu!, Brian Eno and Godspeed You! Black Emperor, ‘Flying Moon In Space’ is an album indebted to the band’s own experimental live approach more than anything else. Their improvised live shows typically see them perform with four guitars, bass, drums and vocals, resulting in huge walls of sound that are awash with hypnotic motorik beats and orchestral walls of reverb.

Talking about the album, they say: “We gain our main influences during experimenting live with different rhythms, layers of sounds and other textures. The energy that comes up playing live with that amount of people takes our perception of music to another dimension. We developed the whole album during our live shows in 2019 so they really capture a certain moment for the band.” It is unsurprising, then, that the free-wheeling approach that Flying Moon In Space applies to their growingly-notorious live performances has resulted in a record that charts numerous musical sensibilities and moods.

‘The Observer’ is described as an anthem for the “post-industrial burnouts” of the world, a call to break from the humdrum drudgery of modern life in the form of an upbeat psych-pop earworm. “All work and no play is a recipe for disaster,” they say: “We grow old eight hours a day at a desk and then death comes with a bitter kiss. When all is said and done, time will tell that fun has no age.” Unlike the youthful exuberance of the former, ‘Faces’, on the other hand, is a hedonistic four-to-the-floor workout: “Some know the secret and only share it when the music’s on. The beat hits and we all win. You can see it on their faces, the vibing (e)motion sets them free. One could theorize that dance can heal disease, but who’s to say? All we know is the joy it brings when we play.”

Elsewhere, ‘Steam. Water. Solid.’ is a Krautrock excursion that doesn’t let loose for a second, a driving and unrelenting rhythm section twists and turns underneath hushed vocals and layers of sharp, effect-heavy guitars. Then, after the sublime and slow-burning atmospherics of ‘Where Lovers Meet’ is the darkest cut from the album, ‘Ardor’. The penultimate track on the record, it’s a sinister, throbbing drone that clocks in at 11 minutes and borders on the industrial (“Sometimes there comes welling-up from the deep, a sensation so intense that it can only be described with sounds and mutters”).

Following the burning experimental intensity that came before, Flying Moon In Space bring the album to a serene and introspective close with ‘Next Life’, a beautifully meandering piece of washed-out dream-pop. “Often the loss of a loved one can present phantasmagorical ways to mourn them. Fanciful questions are silver-lined with an intangible hope that you’ll be united again in another life, where all is well and at peace”, they reflect via the final song on what is a deeply alluring and multi-faceted debut album from a band sure to soon be on the radar of those with a love of all things left-field.